Given the past uses of the site (farm) and the sensitivity of the end use ((residential) the contaminated land officer advised that a contaminated land planning condition should be attached to the decision notice.

assess the potential sources of contamination that may be present on or in close proximity to the site. 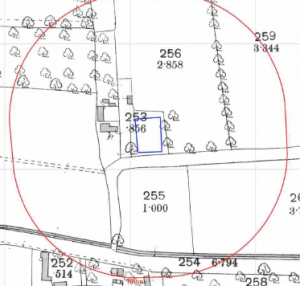 The first stage of the desk study report was to review the history of the site and the surrounds, the site was developed between 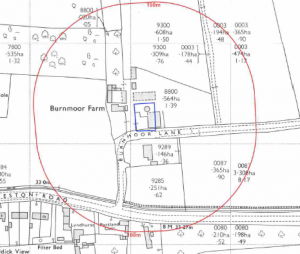 1959 and 1971 when the site formed part of Burnmoor Farm. A circular structure was identified on the site and by 1994 the site had been cleared.

Once the site history had been reviewed information provided by regulatory bodies which did not provide any further information, although it was confirmed a tank was present on the site. 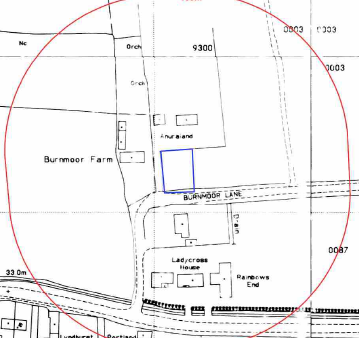 Once the desk based assessment was completed he site walkover survey was undertaken, which confirmed the site was cleared and made ground was noted on the surface of the site.

On completion of the walkover survey a qualitative risk assessment was undertaken on the potential sources of contamination identified on the report, which concluded that the only credible potential source was the made ground on the site. Based on this both site investigation and remediation in lieu fo investigation were proposed. 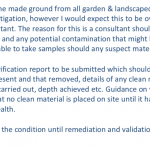 The desk study report is available with t 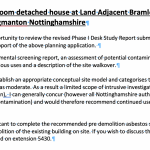 As of March 2021 the remediation was ongoing.