In order to support for the residential redevelopment of former poultry sheds a Phase I Desk Study report was required in order to determine if the site has the potential to be impacted by elevated levels of contamination and to demonstrate that the site could be made ‘suitable for use’. 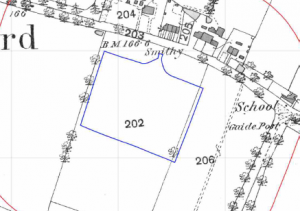 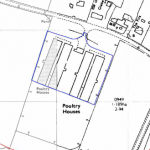 The history if the site was researched using a combination of Ordnance Survey maps, aerial plates and street level imagery, which revealed the site was undeveloped until some time between 1952 and 1973 when the poultry sheds were erected. A number of ponds were identified within 250m of the site.

The sensitivity of the groundwater and surface water bodies were assessed using data provided by the BGS, and the Environment Agency, the bedrock was determined to be a moderate sensitivity receptor.

A review of the planning history of the site revealed an application had been made to install a petrol pump and petrol storage tank on the site. 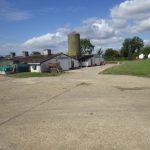 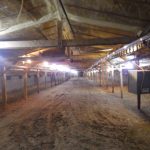 On completion of the desk based review, a site reconnaissance visit was undertaken, which revealed that the poultry sheds were still on the site and that the roofing materials were damaged at a number of locations. Areas of hard-standing were also noted during the walkover survey. A self bunded tank and a potential underground storage tank were also noted. 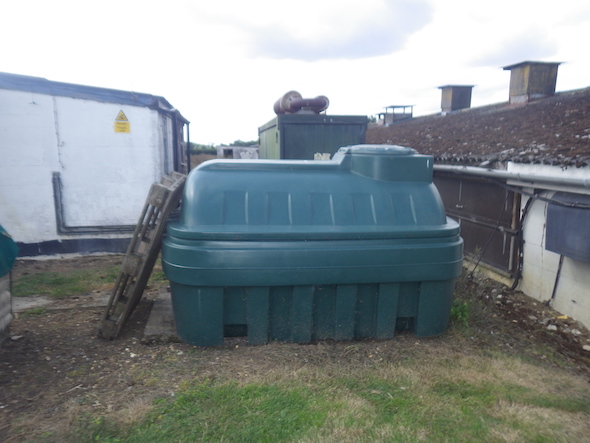 A qualitative risk assessment was undertaken on the potential sources of contamination identified in the report, which concluded that the building fabric, made ground and tanks were credible sources that warranted further investigation. 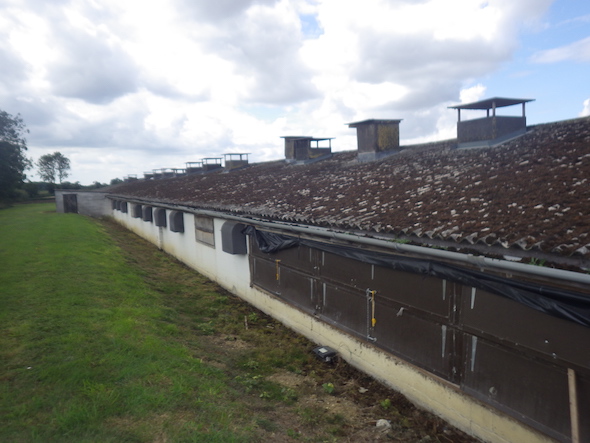 The desk study report can be accessed via the documents tab for DC/17/2817/OUT, identified as ‘Contaminated Land Assessment (three parts) dated 25th August 2017.

The memo (identified as ‘SCDC Env Protection’ dated 21st September 2017) accepting the report is also on the planning portal. 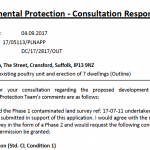