Conversion of an Agricultural Building to a Dwelling, Eccleston, St Helens

In order to support the application for the conversion of an agricultural building to a dwelling a contaminated land planning condition was attached to the decision notice.

The condition was attached as the site had an agricultural use and that the development was in close proximity to clay pits / tile works. 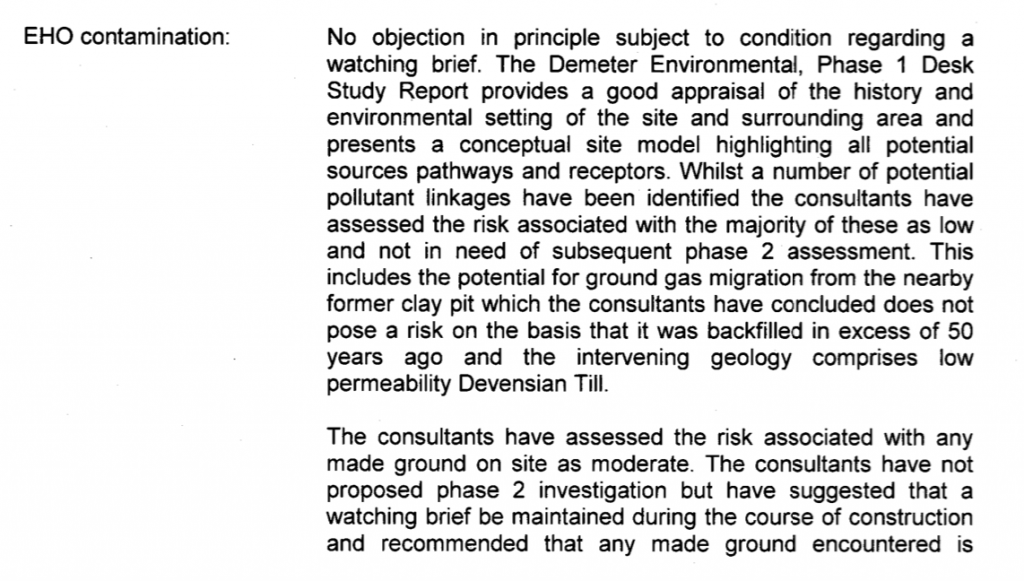 Demeter Environmental were commissioned to prepare the reports required to discharge the contaminated land planning conditions. The first stage was to prepare a Phase I desk study report. 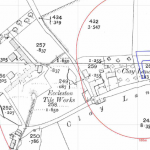 A review of the historical maps identified the ‘Eccleston Tile Works’ 100m west of the site which was active until circa 1937.

A review of the environmental data for the site and records held by the Environment Agency no further potential source of contamination were identified. 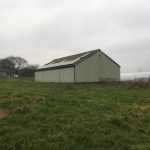 On completion of the desk based research, the site reconnaissance visit was undertaken. The site comprised of a barn in a field, the barn was used to store a tractor and a vehicle being rebuilt. Whilst cement sheeting was identified on the building as there was no damage to the sheeting, was discounted as a potential source.

The building was inspected as part of the survey and based on site observations were used to discount the use of the building as a credible source.

The area of the former tile works was also inspected as part of the walkover survey, access was not available as the area was used as gardens. Based on the data on the O.S. maps and limited site observations, the tile works and in-filled land were discounted as credible sources. 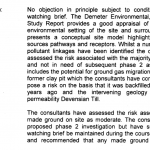 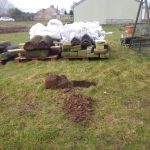 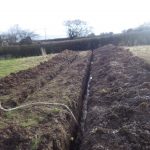 The development commenced and Demeter Environmental were brought back to site in February 2018 to validate the remedial works that had been undertaken.