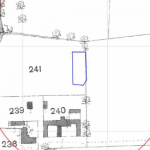 Prior to the site reconnaissance visit, the desk based portion of the desk study (review of O.S. maps, aerial plates, information in the public domain, BGS geological maps etc.), which indicated the site was undeveloped prior to 2010, a single in-filed pond was identified to the east of the site. 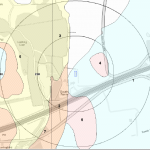 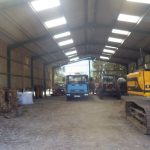 The walkover survey revealed the agricultural building was used for general storage and plant, whilst the floor was exposed earth there was no visual evidence of hydrocarbon releases. Cement sheeting was identified in the building structure, and as no damage was observed the sheeting was discounted as a credible source. 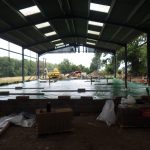 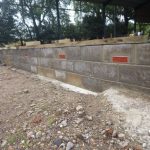 The development commenced and during the development the remedial works were validated,  which included the validation of the removal of made ground from garden and landscaped areas as well as the incorporation of gas protection measures and specification of the water mains. 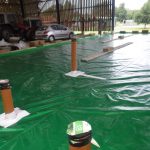