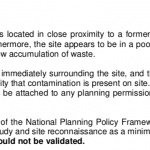 Demeter Environmental were commissioned to prepare reports that would be required to discharge the contaminated land planning condition, the first stage was the preparation of the Phase I desk study report. 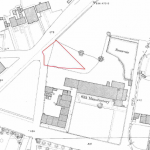 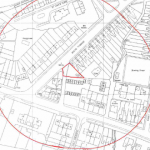 A review of the previous applications for the site revealed the buildings identified on site were garages.

Data provided by regulatory bodies identified a reservoir and other parcels of worked ground as potential sources. 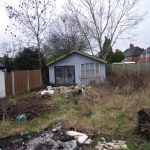 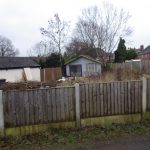 On completion of the desk based assessment a site walkover survey was undertaken, this revealed the site as forming part of the garden of the adjacent property

On completion of the walkover survey a qualitative risk assessment was undertaken in order to determine what the potential source so contamination were, based on feedback from the local authority further works were prosed to investigate the potential issues relating to the adjoining garages, rubble on site as well as the silk manufactory have impacted site soils.

The desk study report was submitted with 13/00228/CN10, once the proposals were accepted the Phase II investigation was undertaken.

The site investigation comprised of the excavation of a trial trench across the southern boundary as well as two trial pits on the site.

In order to break the pollution linkages associated with these contaminants of concern  it was proposed that all made ground from garden / landscaped areas would be removed.

Once the proposals in the Phase II report were accepted the methodology of how the remediation will be undertaken (Phase IIIa Implementation plan) was required, this was prepared and also submitted with 13/00228/CN10, the report was accepted and the condition discharged. 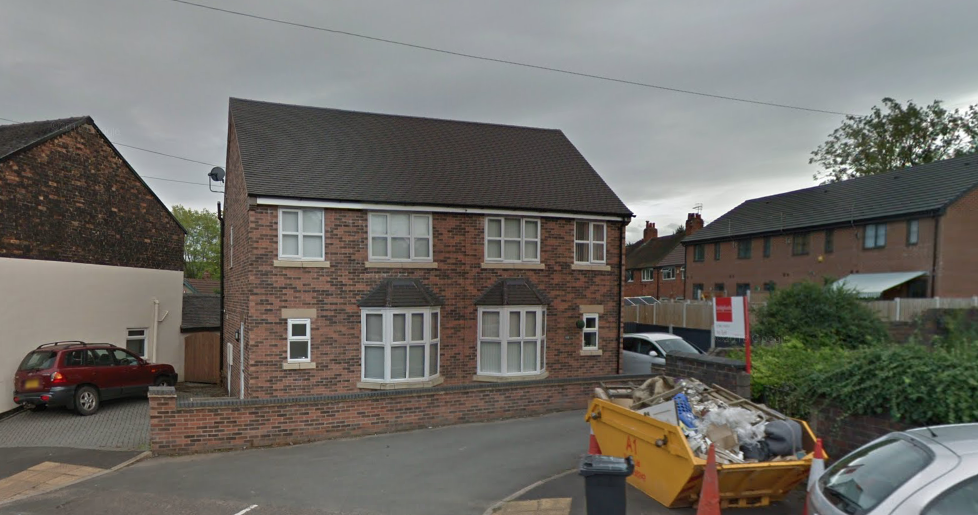