In order to support the application for the demolition of the existing buildings and erection of a number of dwellings a desk study report was required in order to demonstrate that the site can be made ‘suitable for use’, Demeter Environmental was commissioned to prepare. 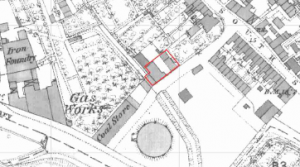 The desk study reviews the history of the site and the surrounds as well as any information held by regulatory bodies (Environment Agency, local authority BGS etc.) in order to determine what potential issues may be present on the site and for report that support a planning application, can the envelopment be safely developed. 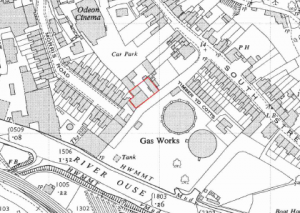 The historical review indicated the site was developed before the first edition map (1873) did not identify any issues on the site prior to the erection of the current building, but did reveal an electricity substation, garages, a builders yard and gas works in close proximity of the site. 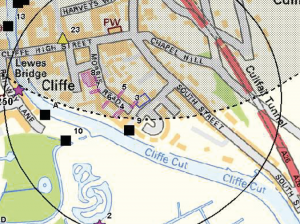 Data published on the Lewes Council website summarising the site investigation indicated the houses were determined as ‘contaminated land; dye to elevated concentrations of lead and benzo(a)pyrene.

An internet search was undertaken to provide additional information, which revealed the Gas Works was established in 1822 and was called the ‘Lewes Gas-Light Company

‘A review of the planning history revealed the site had previously been occupied by warehouses until circa 1957 when an application to build the current building was submitted. 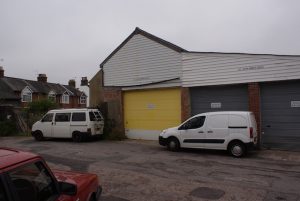 The survey revealed the site comprised of a nu 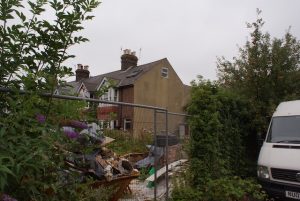 mber of garages and a two storey office building, , a builders yard was noted

adjoining the site. As part fi other survey the chalk pit identified on the O.S maps was visited and there was no indication of in-filling. 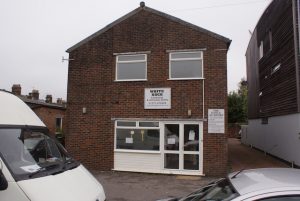 Given the number of credible sources of contamination, a Phase II site investigation report was proposed, the proposals were accepted by the planning authority and the first part of the contaminated land planning condition discharged. 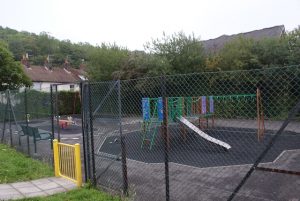 The desk study report can be accessed via the documents supporting the subject application (identified as ‘Phase 1 Desk Study Repor (214 pages so no hard copy printed)’ dated 15th December 211) with the memo accepting the report identified as ‘ Env-Health Comments From: Mark Holland’ dated 21st December 2011. 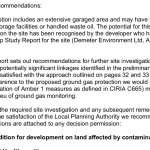