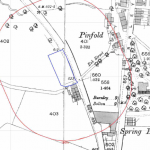 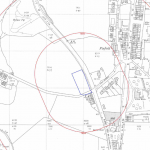 The review of the site history revealed that whilst the site had not been developed and there were no potential source of contamination in close proximity to the site, the 1961 map identified a refuse tip to the north west of the site. Street level imagery indicted the site was open land. 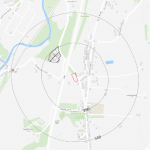 This was confirmed from information provided by the Environment Agency, no further information on the types of waste deposited could be provided. 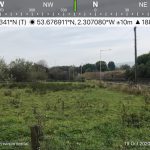 On completion of the desk based exercise a site walkover survey was undertaken,  which confirmed the site was open land. The area of the former refuse tip was being used for caravan storage.

The potential sources of contamination were further assessed as part of a qualitative risk assessment, which discounted all potential sources except for the refuse tip to the north west of the site, and given the gassing potential of a refuse tip that may have accepted residential waste ground gas monitoring was proposed.

The report was submitted to support the application, which was reviewed and approved.