In order to determine if the proposed development was ‘suitable for use’ and that the site could not be determined as contaminated land under Part 2A of the Environmental Protection Act 1990 a contaminated land planning condition was attached to the decision notice for the subject planning application.

The first stage of discharging the contaminated land planning condition was to undertake a Phase I Desk Study report. 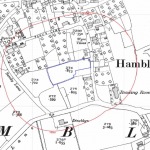 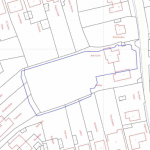 A review of the environmental data did not reveal any potential sources of contamination. 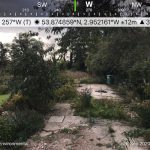 On completion of the 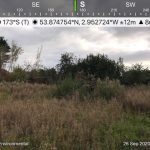 desk based assessment a site walkover survey was undertaken, the floor slab of the former residential garage as well as floor slabs along the north eastern boundary were noted. The remainder of the site was overgrown.

The qualitative risk assessment undertaken as part of the reporting concluded that the potential made ground under the floor slabs and across the site has the potential cause harm.

The desk study was submitted as part of an application to discharge conditions (15/00727/DIS) identified as ‘Phase I desk study’, ‘Demeter environmental map’, and Groundsure reports’.

contamination‘) confirmed the desk study report was accepted and confirmation as to the way forwards (site investigation or remediation) was required.

Once the client confirmed that remediation was the preferred way forwards and the Phase IIIa Implementation Plan was prepared providing details of the methodology of the validation, this was s