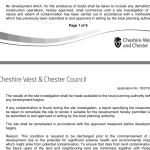 In order to assess the risks from historical land contamination arising from the previous uses of the site and to ensure that risks from land contamination to the future users of the land and neighbouring land are minimised, together with those to controlled waters, property and ecological systems, and to ensure that the development can be carried out safely without unacceptable risks a contaminated land planning condition was attached to the decision notice for the redevelopment of a number of farm buildings to dwellings.

Prior to any intrusive investigation the potential sources of contamination and their risk needed to be assessed, which required the preparation of a Phase I desk study report. 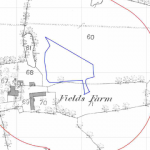 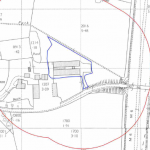 Data provided by regulators identified a number of ponds within 250m of the site. 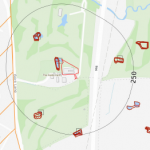 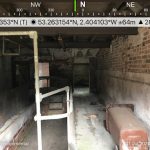 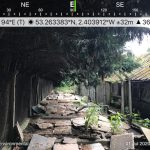 On completion of the desk based assessment a site walkover survey was undertaken, this confirmed that two buildings were present on the site and the small buildings identified on
the O.S. maps appeared to be pens. A possible milking parlour was also identified in the buildings. Cement sheeting was noted across the buildings. 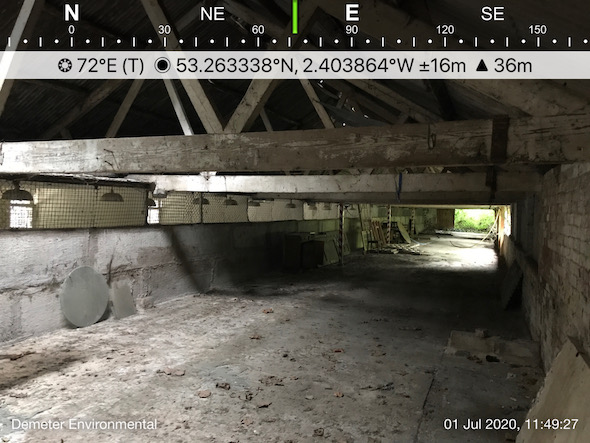 The potential sources of contamination were further assessed as part of a qualitative risk assessment, which identified the made ground on the site as well as asbestos as potential contaminants of concern and further works were proposed as well as remediation in lieu of investigation.

It was decided by the client that investigation was the cost effective way forwards and the proposed site investigation was undertaken. The trial pits revealed that made ground was not present across the entirety of the site and was often shallow.

As well as broad range analysis for samples of made ground surface samples were also subject to an asbestos screen,  the results were subject to statistical assessment and this indicated that the made ground on the site was impacted by asbestos, arsenic, and PAH’s. Based on this remediation was proposed. 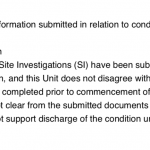 The reports were both submitted at the same time as part of 20/04501/DIS confirmed both the Phase I and Phase II reports had been accepted and the condition would be fully discharged once the remediation had been validated and a completion report submitted.