Due to the sensitivity of the development (residential) and the potential for on and off site sources of contamination a contaminated land planning condition was attached to the decision notice for the proposed development of the erection of a dwelling.

As part of the purchase package the desk study report prepared in December 2018 was included.

Demeter Environmental were commissioned to undertake the additional works in order to discharge the contaminated land planning condition. 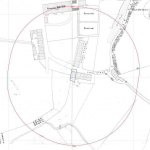 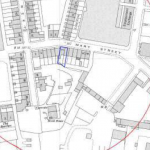 The desk study report concluded that a site investigation was required and ground gas monitoring was required. Prior to any further works the data in the desk study report was reassessed and a site walkover undertaken. The review of the maps indicated that the site was occupied by a terraced dwelling until between 1964 and 1969 when the site was cleared.  A number of off-site sources of ground gases were also noted.

A qualitative assessment was then undertaken which resulted in the assessment of the potential for ground gases to be revised and concluded that the incorporation of gas protection measures into the proposed dwelling was an appropriate alternative to ground gas monitoring.

The desk study report and reassessment letter are available on the Rochdale Council Planning Portal.

Once the agent had confirmed that the reassessment had been accepted the Phase II investigation was undertaken, at this juncture the client confirmed that they wished to incorporate gas protection measures into the dwelling.

The site investigation revealed that made ground was present under the topsoil at all three locations, likely as a result of the demolition of the previous buildings.

Typically the made ground comprise of red brick with a deeper area of made ground at the rear of the site which comprised of an ashy gravel layer under the red brick.

Samples of made ground were taken and subject to the proposed range of contaminants, the assessment of the chemical test results concluded that the made ground was impacted by arsenic, lead, beryllium and a number of Poly Cyclic Aromatic Hydrocarbons (PAH’s). Based on this the placemen of a 600mm cover underlain by a geotextile was proposed.

The site investigation report was submitted under planning reference 20/00532/DOC (‘SITE INVESTIGATION/DESK TOP STUDY’), the decision notice confirmed both the reassessment of the desk study report and Phase II report have been accepted.

The final stage of discharging the contaminated land planning condition was to verify the remediation has been undertaken, the first stage was to prepare a Remediation Strategy to demonstrate that the remediation would make the site ‘suitable for use’.. 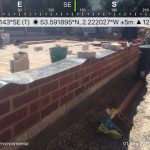 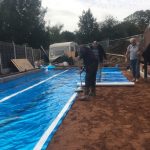