In order to support the planning application for the proposed erection of two dwellings a desk study report was required to demonstrate that the site could be made ‘suitable for use’. 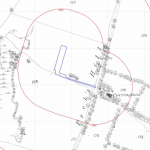 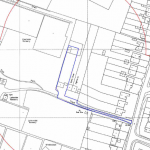 The site was initially open land and by 1939 the site formed part of the grounds associated with a nursery. The 1985 map identified a dwelling on the site. Two ponds were noted in close proximity to the site. 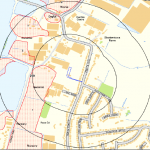 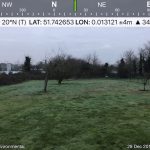 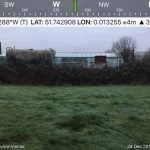 On completion of the desk based research a site walkover survey was undertaken, this confirmed the site was occupied by a dwelling as well as two sheds on the northern area of the site.  Tanks were noted to the west of the site.

On completion of the site walkover survey a qualitative risk assessment was undertaken on the  potential source of contamination identified in the desk study report, this concluded that the adjoining tanks and landfills in close proximity to the site posed a potential risk to human health.

Given that the closest landfill accepted inert waste only it was concluded that the incorporation fo gas protection measures was an appropriate alternative to ground gas monitoring.

The adjoining tanks were also identified as a potential source of contamination that may affect water ,main, as an alternative to investigation the specification of water main as barrier pipe was proposed. 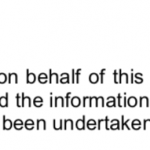 The report was submitted to support the application, the report is accessible with the documents associated with EPF/0617/19, the memo dates 7th May 2019 confirmed the report was accepted and hand held trial pits were requested by the local authority.