In order to support a planing application for the redevelopment of the former council offices, a Phase I desk study report was prepared by the agents to support the application. 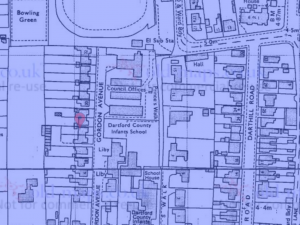 Feedback form the local authority contaminated land officer is presented with the documents with F/YR16/0672/F which rejected the recommendations of the report and clarified the requirements of an intrusive investigation.

Demeter Environmental were  commissioned to undertake the Phase II works. The initial phase was to review the existing desk study report to determine the potential issues, Ordnance Survey maps in the public domain were used to research the history of the site as well as aerial plates and Streetview images, which indicated the site was previously occupied by council offices with a library and school adjacent to the site.

The Streetview images identified two single story buildings with cement sheeting roofs on the site up to April 2010, by October 2015 the buildings had been cleared.

Based on walkover observations made in the desk study report hard-standing was present and the possibility of made ground could not be discounted. 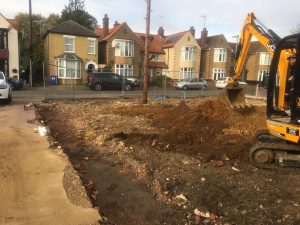 The Phase II report was submitted with F/YR16/3113/COND, the memo accepting the report can be accessed here.