Given the sensitivity nature of the development a contaminated land planning condition was attached to the decision notice for the erection of an earth sheltered dwelling.

The first stage to discharging the condition was to prepare a desk study report for the site. Initially the history if the site and the surrounding area was reviewed using a combination of Ordnance Survey maps, aerial plates and street level imagery. The O.S. maps revealed the site had been open land from before the first edition (1854) map and no potential sources of contamination could be identified within 250m of the site.

Data provided by the Environment Agency and Groundsure identified a canal to the north west of the site, which was discounted a a credible source as there was no evidence of in-filling.

On completion of the desk based review a site reconnaissance visit was undertaken, which revealed the site comprised of open land with a small gravelled area used for parking of vehicles. The limited made ground was discounted as a credible source of contamination,, and as there were no further potential sources of contamination identified, the report concluded that no further works/assessment was required. 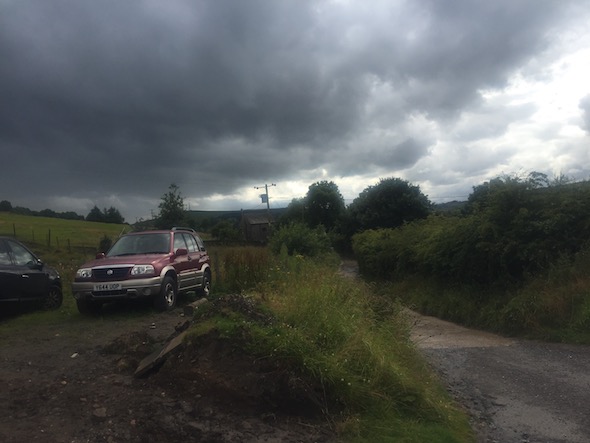 The report was submitted with CD/338038/16  to discharge the contaminated land planning condition, which was discharged.