Change of Use of an Agricultural Building to a Dwellinghouse at Brock Hill, Runwell, Wickford

To support the prior approval of the conversion of an agricultural building to a dwelling house Demeter Environmental were commissioned to prepare a desk study report on the site to determine if the site was potentially impacted by elevated concentrations of contamination and to assess the potential for the site to be legally classified as ‘Contaminated Land’ under Part 2A of the Environmental Protection Act 1990. 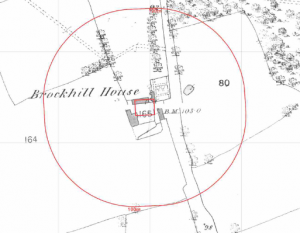 The desk study report reviews both the history of the site and its surrounds (using a combination of Ordnance Survey maps, aerial plates and street level imagery) as well as a review of information held by regulatory bodies (local authority, Environment Agency, Coal Authority, BGS etc.)

The O.S. maps identified the on the first edition (1874) map and further development was noted on the 1970 map. A pond was noted on the southern boundary of the site, which was in-filled circa 1970. 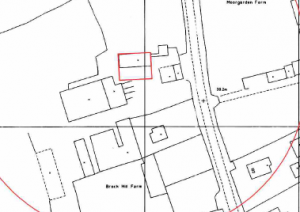 No salient information was provided by regulatory bodies.

On completion of the desk based assessment a site walkover survey was undertaken, this revealed that the site was occupied by a single story barn with concrete hard-standing outside the building. 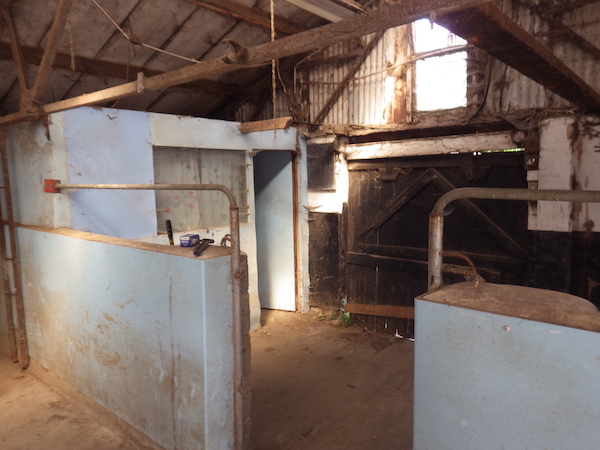 The report identified made ground under areas of hard-standing as a potential source of contamination as well as an in-filled pond off site.

The qualitative assessment concluded that the risks were sufficiently low to justify remediation in lieu of intrusive works.

Confirmation the desk study report was sufficient to discharge the contaminated land planning condition can be accessed via the ‘Plans & Documents’ tab. 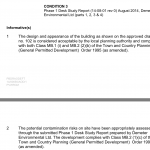